We”ve been having a look at Virgin Tivo and having a think about what it means about the future of the TV landscape. Its begun to dawn on us that the implications could be quite significant.  Particularly as the pay platforms and the free-to-air broadcasters are finding it so hard to come to some sensible agreement about incorporating their catch-up services into the next generation pay TV services.   What Tivo and SkyAnytime+ show is that it might be easier if the platforms just ignored the broadcasters and used their PVRs to build their own versions of iPlayer and the other catch-up services.

How would this work?  We have previously looked at how BSkyB are using push-VOD to create an on-demand outcome in their Anytime+ service.  As PVR memory sizes increase, it will be possible for the pay platforms to use a form of push-VOD to remove the need for on-demand agreements with the free-to-air broadcasters.  The key will be offering the consumer new functionality by which they self—create an on-demand outcome.

A PVR from one of the major pay platforms already includes innovations such as ‘green button prompts to record’ and ‘series link’.  These are innovations that make use of the PVR easier for the consumer, but they don’t take away the key element which is that the outcome is still a consumer-requested record not ‘on-demand’.   The new PVRs also cluster the recorded shows together in folders, and let consumers arrange them in a variety of ways (eg A-Z, date order, or by whether a consumer has watched them already).  Tivo now uses the hard drive to offer Suggestions and Recommendations based on previous viewing behaviour (although these slightly break our new rule about these activities being clearly ‘consumer-requested’).

So hard drives are increasing in size (this week Western Digital today announced a 3TB hard drive for £100).   For now PVR memories  on the market have reached 1 Terrabyte, it is easier for the platforms to play with the extra recording space created.     It has dawned on us how easy it would be for the platforms to add new types of recording and presentation capability to create outcomes that mimic iPlayer, ITV Player and the others.

It would be a reasonably simple matter for the platforms  to include new options on a PVR to allow a consumer to opt to:

All of the above innovations are possible with the current iterations of the pay platforms software.  The weak point is the number of available tuners.  Current chip sets would be swamped but Broadcom, and other manufacturers, have already announced chips with 5 or 6 tuners.  That is a lot of recording capability.  What’s even more interesting is that some of these features have been included in the revised Freesat / Freeview specifications within the D-Book and are creeping out into Freeview boxes.

But who would actually do this?  For the major pay platforms, the box strategy does not allow for continual upgrades.  It is hard to create a unified service strategy if all of your consumers are using different specifications of boxes.  The free platforms are unlikely to be allowed to do this, given their shareholder profile.  It is left to the smaller pay platforms  – Fetch, 3View etc- who may be able to use this capability to create a market difference.

The cumulative outcome of introducing them would be for the platform to have created self served push-VOD areas for all the major channels.  The key element being that  the customer should notionally opt-in to these functions.

These channel pages do not have to match the depth or functionality of the FTA online players to succeed. They have to be just good enough to stop consumers wanting to visit them.  While a broadcast channel could prevent use of its logos on the channel pages, the only way that a broadcaster would have to prevent this broader ‘recording’ activity would be to remove their broadcast channel from the platform completely.

Under this regime, it would no longer be possible to be half-in and half-out of a pay platform’s system.

Authors Addition:  Since writing this, Steve Jobs announced his iCloud initiative. This is where the world starts to get very interesting.  Could cloud computing arrive on TV?  Is cloud computing just what the TV industry would call a ‘network PVR’?   If I have a network PVR, could my hard-drive be ten times the size of my Sky 1TB box and have the recording functions mentioned above applied to all channels?  Are Sky and Virgin now going to have to compete with Apple to manage my online media? 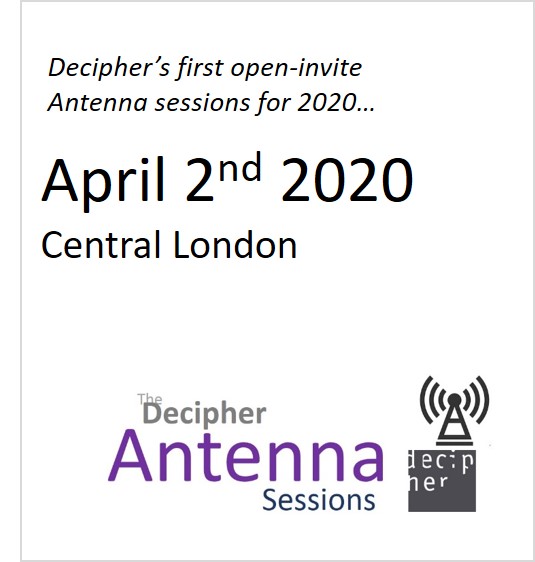